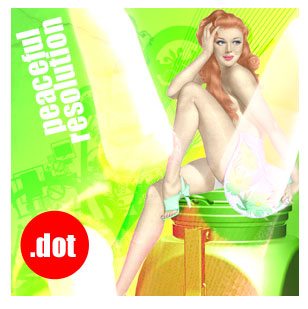 When you look at a magazine or billboard, or even TV, some things grab your attention more than others.

Marketing companies have spent bucket loads of cash to figure out what attracts you. Anthropologists and psychologists try to figure out what drives you. Artists want to move you. Musicians want to inspire you. And so on… but what’s the quickest way to grab attention and get action out of an ad? These 3 quick methods have always worked for me.

We generally appreciate the differences in things. Look at your hand; the fingers are different lengths. If they were all the same, it would look, well, a bit alien. If you have a square album cover, then you could use a large object and a small object. It’s a great way to make use of the real estate in a limited space. If you want to use a bunch of things, create a large or small shape with them.

I prefer the impact of just a few graphics, so I’m choosing just two elements. To add additional contrast, use color. Some colors, like red, appear much larger than actual size.

Everything else is extra, so use a central message to draw them in. In an album cover your message is usually a metaphor, a mood, or an element. In an ad, you usually want to pitch something. Whatever you’re doing, try your best to keep it simple. When I used to design for Rush Fitness, they constantly wanted more and more and more in their ads. The Rush demanded high energy, with no boring empty spaces. We made it work, and work well, but it wasn’t easy. For the most part, we stuck with one particular message, and kept everything else as bullet points. That is, a central message and a lot of smaller elements.

That is… add sex appeal. When I do a billboard or an ad, if possible, I add an attractive male and/or an attractive female, depending on who I’m trying to reach. In an album cover, I try to look different. I often use bright colors, with a preference toward a calming mood in the background. Your “sex appeal” should jump to the front and grab your target eye.

×
The information you enter here will be sent directly to the recipient. It is not stored on this sites database. Read more in our Privacy Policy
SEND